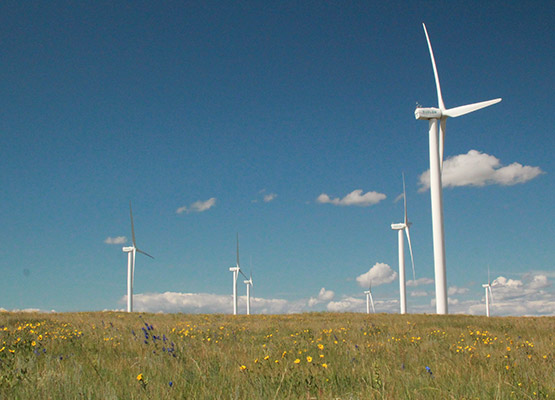 Platte River became the first utility in the region to provide wind energy to Colorado customers in 1998. Its wind power portfolio is currently comprised of three separate power purchase agreements with a combined generating capacity of 78 megawatts, emanating from three wind farms located in northern Colorado and Wyoming. As of October 2018, Silver Sage RECs and associated energy have been sold and cannot be claimed as a renewable resource by Platte River or its owner communities

In mid-2017, the Platte River board directed staff to seek proposals to add up to 50 MW of new wind power capacity as part of its strategy to diversify resources while balancing financial and environmental interests. Many of the proposals featured wind power at attractive rates and Platte River’s leadership determined that significant additions could be made to its system without impacting reliability.